Labor Day 2012: May First and First Rain of May

At ten in the morning, we did our sun salute. It was terrible to meet him in the eyes but there is a color of hope in the sky that the sooner our skin embraced his rays the easier it was to answer him with a smile, typical Filipino smile. After all, we are sons and daughters of the sun, not free but brown.

At eleven in the morning, our hands started dancing with red flags. Harmony in disharmony, they go up and down, left and right and up again. Young and old, workers and supporters, they tire but really in rage, they don’t. After all, this was a day to celebrate people’s victories while challenging those who do not respect workers as pillars of the economy and those who do not heed peasants who feed the nation.

And so, at twelve noon, even empty stomachs can carry tunes of the simple life we dream: a decent living supported by a decent wage wherein there is food in every table, a house for each family, literacy for each kid and art of our will.

At one in the afternoon and thereon, we walked and walked like any romantic afternoon when you realize how kids have grown through the decades of Labor Day or how the asphalt of the street have become familiar with one’s own feet. I have learned a lot in experiencing a sunny day this way and it feels good everytime.

And then at four in the afternoon, the first rain of May in its very first day marched with us. As sons and daughters of peasants, we equally love the rain as palay does. It came as a surprise like the first in the century of May first in the Philippines I suppose. It doesn’t hurt though like a lost warmth. Whenever something new comes to the scene, it always evokes the heart of still longing for what it has always known as comfort. Many believe it was a high-end cloud-seeding job of mercenaries backed by 6,000 US soldiers and 125 bases spread through the islands. Do you think third world war is coming? US is going to throw bombs to China and China is going to attack with submarines to the Philippines while Russia is watching the game. Same banana with US to throw bombs in Iran through Kuwait or vice versa while Switzerland is watching in the tube perhaps.

I still have dreams. I want kids who may enjoy what I don’t or could not in my lifetime. We do have dreams. We want the Philippine islands and our people to advance. So today, even when after the terrible heat came the surprising heavy rain, we did not stop dancing and singing while a face of poverty is burnt to ash. 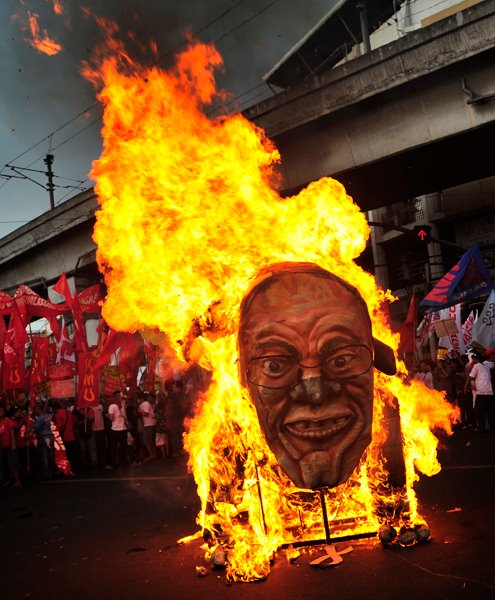