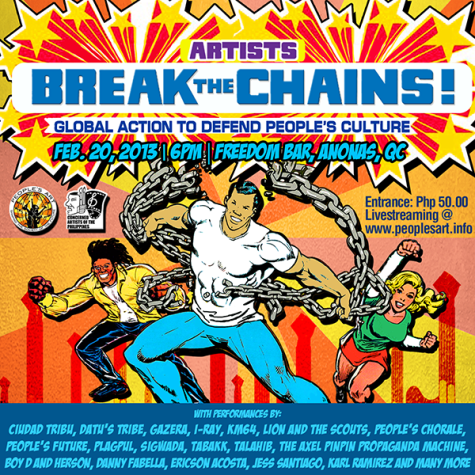 I have a vivid memory of Eric when I was six and ten. Occasionally, I would join friends in trooping to the hub where he would greet everyone, “Good evening, Ka-Muning!”. If not at Tumbang Preso, Risiris and 70s Bistro, it was at Freedom Bar. Those were nights of poetry, songs, dreams and ideals. He would say, “if you don’t know Freedom Bar, you’re not free”. Indeed, my first bar hopping at secondary school was all about protest: against Erap’s policies, corruption, fraud, scandals, the President’s polygamy, the Visiting forces Agreement, demolition, tuition fee hikes, etc. In my youthful rage, I felt okay during those moments where I can seemingly be an intellectual enlightened by night.

More than a decade later, I saw him again on the same spot of stage at Freedom Bar with mic on hand and poems/songs of wisdom to share. Officially, it was his first public performance out of prison bars. His pieces Bakal na Dibdib and Isang Minutong Katahimikan were written while in jail.

For me, it was a dramatic moment, not merely a deja-vu  but one that provoked an epiphany of sorts. Perhaps I am still overwhelmed with the fact that our friend poet, songwriter, educator, critic and theater director Ericson Acosta is with us by flesh and finally is FREE after 660 days of military abduction and illegal imprisonment. 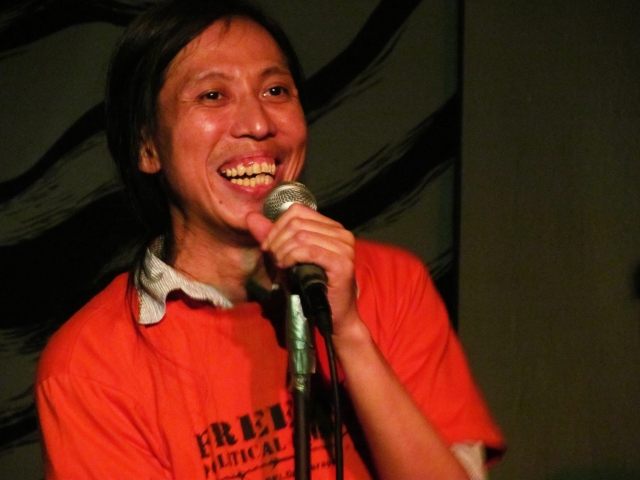 Two years at the Sub-Provincial Jail in Samar without clear arraignment, how cruel and stupid is that? And how much sweat and perseverance did freedom entail? A fundraising cultural event every month, a pain in the neck lobbying at DOJ, patient petition calls and appeals, constant shouting at facebook, a poetry chapbook by KM64, two theater productions (Poldet by Alay Sining and Pitong Sundang: Mga Sayaw sa Lupa at Pakikibaka by SINAGBAYAN), determined rallying with family members, confronting abductors, international campaigning, hunger strike, exhausting tortures, tormenting interrogations, a jail blog, a kidney. Every inch of sacrifice is founded on firm principles and trust to the people’s movement for social justice and change.

Ericson Acosta’s freedom is a victory for the farmers and poor communities whom he committed his talent, intellect and capacity.

However, there are still 300 more political prisoners in the country as well as in other continents where prison cells are a state apparatus of power. Thus, the necessity for the oppressed and the silenced to stand and fight. As long as the present world order serves only the sacred class of landlords, businesslords, druglords, governmentlords, climatelords, mininglords and warlords while majority of the people are left to gradually die of poverty, art in its fabulous protest form is a plethora of people’s vision of all colors.# 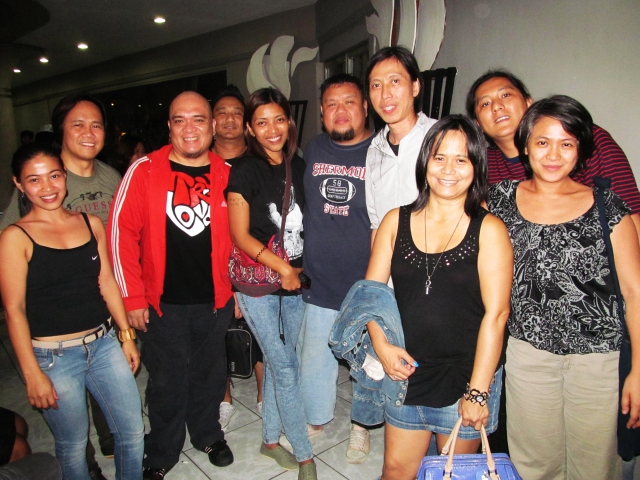 *Photos were taken during the Artists Break the Chains Concert: Global Action to Defend People’s Culture led by People’s Art Network in collaboration with the Concerned Artists of the Philippines held at Freedom Bar, Anonas, Quezon City, Philippines, February 20, 2013 and participated by more than 100 poets, musicians, visual artists, performance artists and media practitioners.